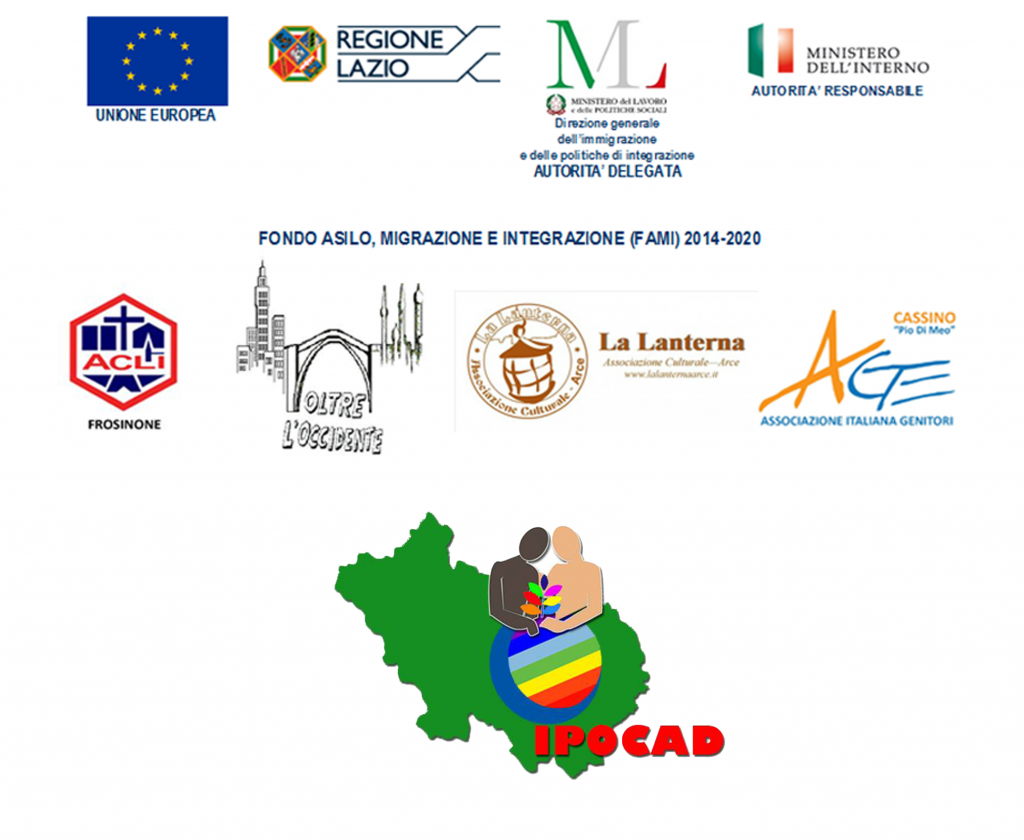 IPOCAD PROJECT-Action 4 Promoting the active participation of migrants in economic, social and cultural life, also through the enhancement of the associations, Proj – 1477 – CUP F86J17000160005

IPOCAD project-Action 4, funded by the European Commission and the Ministry of Labour and Social Policy, is achieved by “Acli Provinciali di Frosinone” as leader competent, in cooperation with the associations “Oltre l’Occidente”, “La Lanterna”, and “A.Ge. Cassino”.

The general objective of the project is to reinforce intercultural dialogue and relations among native citizens and foreign communities, by comparing with current associations of migrants and above all supporting informal groups who wish to found themselves as associations.

In the light of the above, IPOCAD Project-Action 4 has been organized into wo phases. In the first phase, the state of second-generation migrants’ associationism has been examined in terms of qualitative and quantitative analysis, focusing on their capability of performing an active role in the society. Different research methods were used like personal data, interviews and focus groups.

The next phase  deal with the planning of supporting activities addressed to the associations, to give them both useful instruments that they can use to manage independently and competently and to promote community participation, thereby facilitating integration